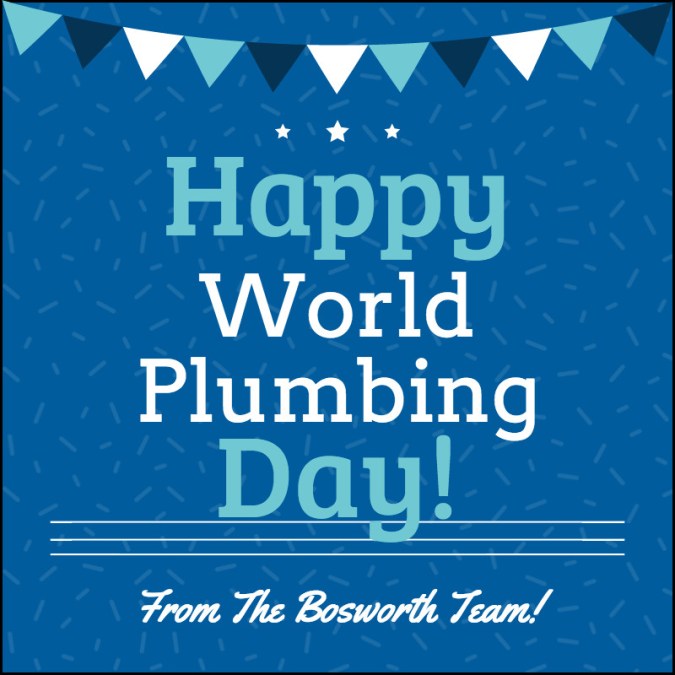 March 11th is World Plumbing Day! How will you celebrate?

Just in case you didn’t have any plans for celebration, we figured we’d make some for you. Celebrate World Plumbing Day by checking out these fun plumbing facts!

Did you know over $100,000 was spent on a study to determine whether most people put their toilet paper on the holder with the flap in front or behind. The answer: three out of four people have the flap in the front.

The toilet is flushed more times during the super bowl halftime than at any time during the year.

Can you guess the most famous plumbers? Mario and Luigi! Since Mario Bros was created in 1985, they have been in over 200 games.

On October 25, 1760, King George II of Great Britain died falling off a toilet.

The average person spends three whole years of their life sitting on the toilet.

If he had his life to live all over again,  Albert Einstein announced that he would be a plumber. Because of this, he was made an honorary member of the Plumbers and Steamfitters Union.

However you choose to celebrate World Plumbing Day, we hope you choose The Bosworth Company for all of your plumbing needs! We’d be delighted to show you the quality service we provide. Give us a call or schedule service online!